A while back my good friend Angelito and I launched an event called La Cocina Fiesta which is a collection of seasonal community feasts where we bring beautiful people together and serve them a catered experience unlike any other. For our first one, because it was during Thanksgiving up here in Canada we decided to transform the classic chicken and waffles into Cajun Turkey and “Stuffing” Waffles for our entreé and my goodness was it ever a hit!

The ingredients and recipe were initially inspired by this post over at Cookieandkate.com 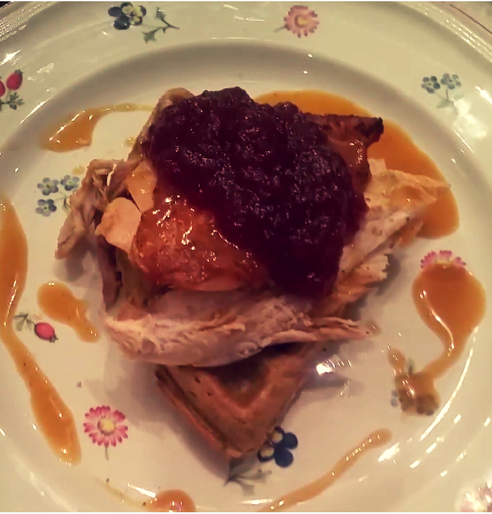 One of the plates of this delicious dish 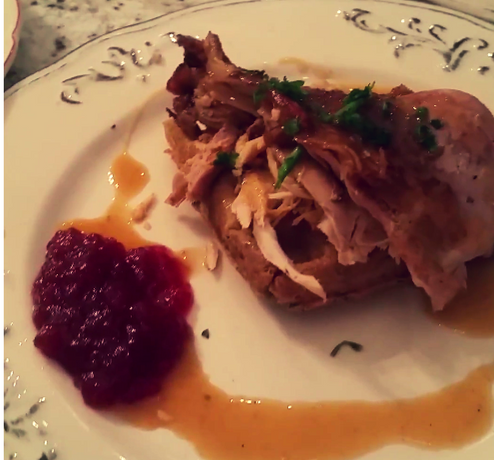 And one with sauce on the side and a sprinkle of fresh parsley.